Perhaps you’ve done Jini’s Wild Oregano Oil Protocol and you’re not getting the results you want, or it’s taking a lot longer than you thought. Or maybe you know someone who has been given multiple rounds of antibiotics but just can’t shake their infection off. Well what I’m going to suggest may seem a bit “out there,” but be patient and it could just be the missing piece in your treatment …

I had a session with medical qigong practitioner Brian Mount once and we talked about his work with microbial consciousness (bacterial, viral, etc.). He said their consciousness does not seem to be attached to or IN their bodies as it is with us. And it works more like a group consciousness. So when customers come with a stubborn SIBO or an intestinal infection, etc. who are totally unresponsive to antibiotic or herbal treatment, and they’ve tried everything, the first thing they do to the customer is:

1. Determine which state (belief, pattern, trauma, etc.) primarily created a space or invitation for the microbes. And they heal or resolve this preliminary state in the person.

2. Then he has a dialogue with the awareness of the virus or bacteria and says things like, “Hey, there are so many places on earth that you can thrive … how about moving to a better place? “Now that the person no longer feels like a good home (because they have shifted the pattern, belief, etc. that brought the microbe in) the consciousness seems to go,” Oh, okay, “and just float away.

3. Once the virus / bacteria / fungus awareness is increased, the body can flush out the microbe bodies fairly easily. The patient will return in a week or two and report that the medication / herbs are finally working. 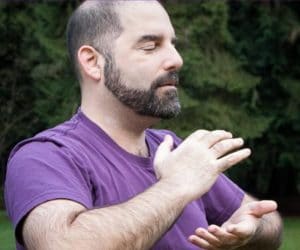 It’s all SO fascinating, isn’t it?

We know from the work of Dr. Bonnie Bassler (see video below) that bacteria talk to each other and function very much like a collective, so Brian’s experience makes a lot of sense. If you’re dealing with a stubborn infection that just won’t change, this might be a good approach for you. You could use my guided healing audio to put yourself in a meditative state and then connect with awareness of the microbes that are infecting you. Maybe you ask them why are they there? Do you ask why they like to live with you? Do you ask why they think you are a good host?

If you get stuck on your own then book with a good therapist / practitioner – EFT Tapping, Matrix Reimprinting, Energy / Spiritual Healer, etc. Just send them this blog post when you book your appointment so they know what you want.