Professional manufacturers use either steam distillation or cold pressing processes to extract the highest quality and most effective oregano oil from the leaves, which requires specialized equipment. However, there are simpler methods you can use at home to still get a decent extraction of wild oregano oil.

Here are two methods you can use to extract the wild oregano oil from the leaves of the plant. The first is the simplest, but less effective.

*Note: The oregano used must be Origanum vulgare, and its effectiveness is determined by the climate and growing conditions. The term “wild” oregano arose from the discovery that the plants growing wild in harsher conditions tended to produce higher levels of carvacrol – typically found in rocky regions of Greece with full sun every day.

2. Chop the oregano leaves and place in a sterile mason jar.

3. Pour 1 cup of organic olive oil or grapeseed oil over the oregano leaves and stir well.

4. Boil water in a saucepan (big enough for your mason jar). After it reaches a rolling boil, turn off the water.

5. Now put your mason jar (with oregano leaves and oil in it – without a lid) in the pot with hot water and let it stand there for 15 minutes, stir it once or twice.

6. Remove the jar from the hot water, unscrew the lid and put it in a sunny place for 14 days. Shake the mixture once a day.

7. After 2 weeks, strain the leaves from the oil and transfer the oil to another sterile glass. Add 5 drops of rosemary essential oil for preservation and potency if desired. Screw the lid on tightly and store in a cool, dark place.

To make a stronger wild oregano oil at home

According to this article, you can use the following oils (which will be heated well for this extended period of time): olive oil, coconut oil, jojoba oil, macadamia nut oil, marula oil, palm oil, ojon oil, babassu oil, and baobab oil. You will need 1 cup of oil of your choice.

1. Wash 2 cups of wild oregano leaves and allow them to air dry completely. 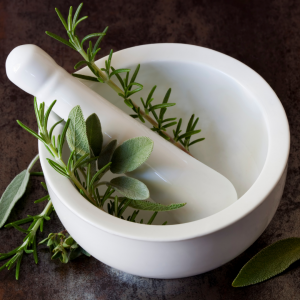 2. Heat a double boiler pot. with boiling water in the lower pan and 1 cup of oil in the upper pan. You want the water to boil but not the oil.

3. Chop the oregano leaves and mash them with a pestle and mortar.

4. Put the chopped oregano leaves in the hot oil and stir well. Let the water boil for 15 minutes (just make sure the oil is NOT boiling), then turn down the heat to simmer.

5. Simmer gently for 5 hours and add more water to the lower pan as required. Make sure the oil doesn’t boil.

6. Now strain the leaves from the oil, wring all the goodness of the leaves into the oil with a cheesecloth.

7. Fill the bottle into a sterile glass. Add 5 drops of rosemary essential oil for preservation and potency if desired. Screw the lid on tightly and store it in the refrigerator for a few days to really get the extract into the oil. Then keep in a cool, dark place.

If you’re making any of these recipes, I’d love to hear how your finished product compares to the private label wild oregano oil we sell in the shoppe!

Jini Patel Thompson is an internationally recognized expert in natural digestive disease healing. She healed herself from widespread Crohn’s disease and has been drug and surgery free for over 20 years. Jini has appeared on numerous podcast, television and radio shows in the US, UK, Canada and Australia, giving people hope and vision on how to cure their Colitis, Crohns, Diverticulitis and Irritable Bowel Syndrome (IBS) in all natural methods . Her books on natural digestive disease cures have been sold in over 80 countries around the world.